Sparring competitors, ages 4 -11 years old All Belts & ages 12-17 Color Blets, may not make head contact at any time during the competition. A competitor who executes a technique to the head area will be subject to one of the following actions:

World Class Division will be refereed by WTF International Referees. Full head contact is allowed for 15-17 YEAR OLD BLACK BELTS ONLY with three points being awarded for legal head contact or 4 point for any spinning techniques

Excessive contact to the facial or head area: Even in the absence of visible injury, such as slight bleeding or abrasion, the referee may deem the contact to be excessive, and declare the appropriate penalty.
The current W.T.F. competition rules will govern this championship. The Organizing Committee may modify some rules according to the local conditions. It also reserves the right to combine or divide weight categories depending on the size of the group. Head kicks for the juniors (light contact only) will be allowed in addition to head kicks for senior divisions.

An Electronic Protector for Authentic Taekwondo Daedo TK-STRIKE is a Protector & Scoring System designed
to adapt to the current WTF competition rules and Taekwondo techniques, allowing the best performance in Taekwondo training and competition. It evaluates technique, speed and power, and delivers a clear and precise scoring, altogether encouraging a more dynamic and real Taekwondo. 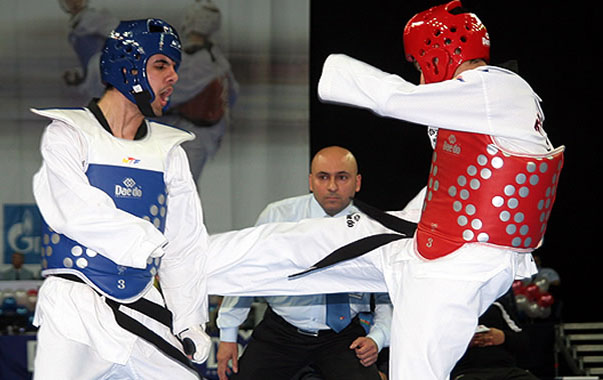 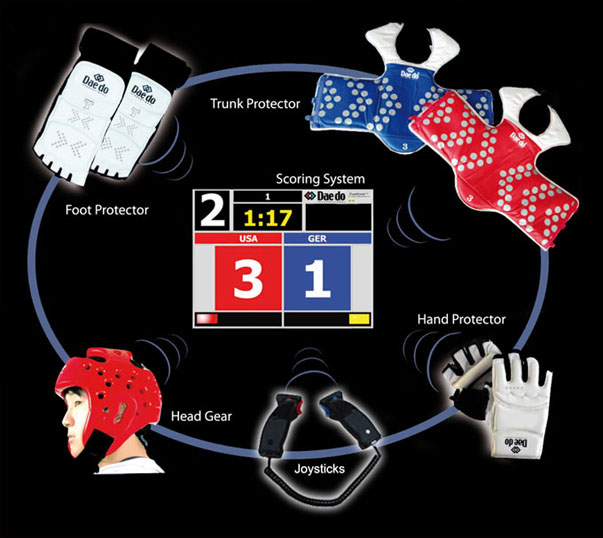 **Certain rules and/or regulations are subject to change at the discretion of the tournament director.**

All contestants shall wear an approved trunk protector, head protector, groin guard, forearm protector, shin-instep protector, and a mouth protector. (Gloves are mandatory for the World Class Division; all other divisions are optional)

Jewelry is to be removed and finger/toenails are to be neatly trimmed.

The valid points are divided as follows: